Solutions for your future needs. 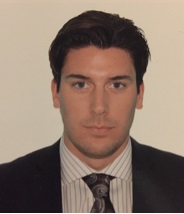 To provide unbiased, personalized financial solutions, and service to enable our clients to achieve their individual goals and ensure financial independence and security.

At Smart Insurance Solutions we believe in developing close relationships with our clients. In considering your individual goals, we help develop a personal financial plan. Together, we'll look at what's best for you... solutions that work and help you achieve your goals.

We offer a wide range of financial products - with a diversified selection of insurance and retirement products, we will help you ensure financial security and reach financial independence sooner.

Tremendous strides in medical technology have vastly improved the survival rates of individuals who contract a critical illness such as a heart attack, stroke, or cancer. The fact is that more and more Canadians are surviving critical illnesses that were previously thought of as near-terminal.

Not surprisingly, with the increase in survival rates, there has been a growth in the popularity of living benefit type products such as disability insurance, medical benefits and retirement income products. However, there is an insurable need that, until now, was not being serviced by "traditional"life, disability and retirement insurance products is, protecting an individual's lifestyle after the onset of a "life-altering" critical illness. Consider some of the shortcomings of traditional insurance products in meeting the needs of individuals who contract critical illnesses:

Good News! There is a new product available which has been widely successful in countries like the U.K., South Africa and Australia which is now just beginning to make some headway in Canada. It is generically called Critical Illness Coverage. This product normally pays a lump sum on the diagnosis (not disability) of certain well defined and specified illnesses or conditions such as heart attack, life threatening cancer, stroke and often includes kidney failure, multiple sclerosis, paralysis, and coronary bypass surgery.

We want to maintain quality of life as well as independence after a critical illness; a lump sum benefit can help ease the financial burden by paying off debts like mortgages, or altering the home with elevation devices or wheelchair ramps if struck by stroke. Think of the burned-out individuals who suffers a non-fatal heart attack at age 55. Perhaps he/she would like to ease into an early retirement and take time to "smell the roses" realizing that nature gave a wake-up call on his/her own mortality.

This product will appeal to a wide variety of people:

As you can see, the time is right for a product that fulfills this particular need. It can be used to enhance your existing insurance portfolio, or it can also stand on its own.

Enter your date of birth to get started.